Shawn Mkhize is a South African successful South African businesswoman, entrepreneur, philanthropist, television personality and social media influencer. She famously known as MaMkhize and she’s been as the wealthiest woman in Mzansi.

Shawn was born and raised in Mbumbulu, Durban on Kwa Zulu Natal province. She was living with her mother Florence Mkhize who was a ANC veteran and anti apartheid activist.

She was married with famous businessman Sbu Mpisane for more than 2 decades until their divorce on 2019. They have a son together who’s also famous for being musician Andile Mpisane. MaMkhize own severals of business notable one is Royal AM which was known as Bloemfantein Celtic the club participate in South Africa top league division Premier Soccer League. Her club is successful and getting results.

Shawn Mkhize is a source of joy for Mzansi when it’s comes to social media. Her stunning Instagram photos always special take a her recently beautiful pictures. 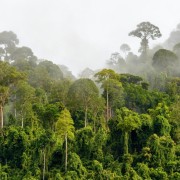 ‘Somizi is pregnant’ HERE IS VIDEO
1 hour ago

Arrested? Will Trouble Ever Stop Following This Couple?
2 hours ago